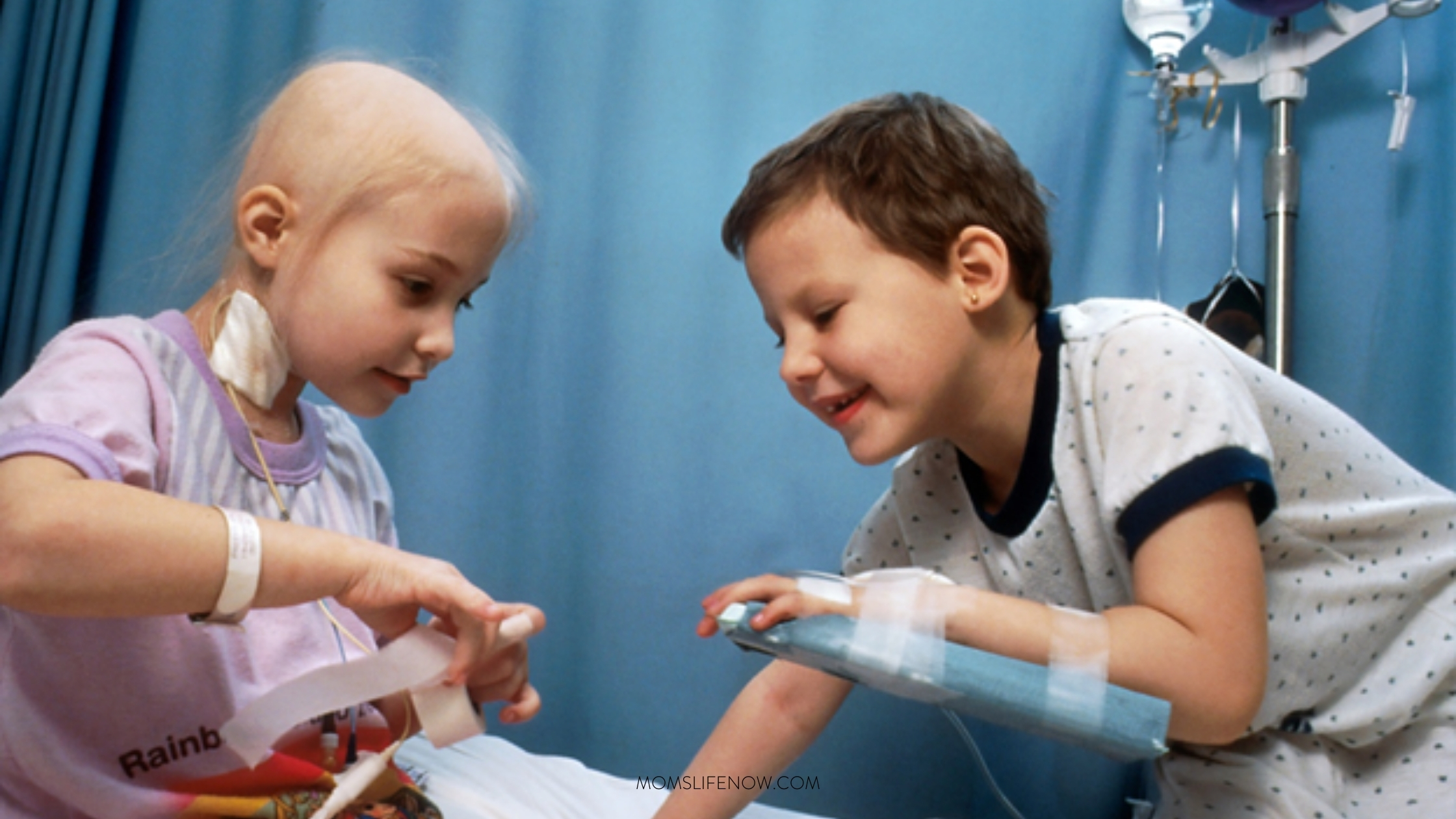 Although the coronavirus pandemic stripped several pediatric centers to the brink in the past year – some children’s hospitals even had to take in adult patients – it is critical to note that their research for the well-being of your little one’s continued.

And you will be pleased to know that some of the leading pediatric centers in the U.S. have brilliantly undertaken innovative health changes in response to the pandemic. From a cutting-edge device that eases stomach ache to a promising cure for rare diseases, we will be sharing some of the most significant breakthroughs linked to children’s health in this blog post. These best of the best innovative approaches to pediatric well-being have occurred in some of the best children’s hospitals around the country and could potentially redefine how doctors care for kids.

These pediatric centers in the U.S. have made your child’s health a priority by forging new, innovative treatments for all things from appendicitis to cancer. So, let’s get started and give them the much-deserved recognition and appreciation for their remarkable and innovative health changes!

Children’s Mercy Kansas City, located in Missouri, is recognized as one of America’s best children’s hospitals by World Report and U.S. News proudly ranking in nine pediatric specialties. The hospital has developed a “MUAC z-score tape” device to make stepping on a scale during routine visits obsolete.

A healthcare provider wraps the measuring tape over a kid’s upper arm and matches the figure with the tape’s indicators for gender and age. The device was first designed explicitly for malnutrition inspection in areas worldwide where scales are not readily available.

Since then, however, the tape has been used by hospitals for more than ten thousand patients. Many pediatricians believe the device can be particularly useful when evaluating children who are self-conscious about their weight. Children’s Mercy Kansas City finalized the MUAC z-score tape’s design and manufacturing along with Hallmark. And now, it is mass-produced.

Texas Children’s Hospital has perhaps transformed the entire face and future of fetal surgery. Surgery on the congenital disability “spina bifida” in the mother’s womb instead of operating after childbirth doubles the possibility of a kid with this defect walking independently.

Nonetheless, please note that the typical in utero operation escalates the risk of complications and always necessitates a C-section. In response to this, doctors at the Texas Children’s Hospital have developed a significantly less invasive “fetoscopic” method and have even created special instruments for the procedure.

For this surgery, the doctor places two tiny access ports in the uterus’s wall and thread in small, specially designed surgical instruments to close the hole exposing the spinal cord. The technique was developed by the brilliant obstetrician Michael A. Belfort. He believes this new approach will lower the risk of preterm delivery and uterine rupture and produce less scarring. Moreover, almost half of the who undergo this procedure tend to deliver their babies vaginally.

Their pediatric breakthrough: an appendectomy alternative

Thanks to the remarkable team of doctors at Nationwide Children’s Hospital, there is now a non-surgical solution for appendicitis – a medical condition that affects over eighty thousand children each year. This hospital is located in Columbus, Ohio. Many on this hospital’s team are praised for laying the groundwork for this breakthrough.

Almost 20 years ago, the two co-founders of “Center for Surgical Outcomes” started to explore whether some children with appendicitis could return to a normal life with antibiotics solely, minimizing recovery time, the risk of complications, and not to forget – family stress. They recently confirmed their instinct in research of over one thousand children suffering from early, uncomplicated appendicitis.

They shared that almost 70% of the children receiving antibiotics did not need their appendix removed. They also revealed that nearly one in four kids suffering from appendicitis fulfills the criteria for the non-surgical approach and proudly present this new technique to the patient’s family at the hospital now.

Note: The findings are based on one-year research.

Several premature babies who weigh less than three and a half pounds at childbirth have difficulty consuming breast milk or formula as their sensory pathways are not sufficiently mature yet. Instead of moving to their stomach, the milk can end up in their lungs, leading to other problems, such as pneumonia and inflammation.

A doctor at the Children’s Medical Center at NYU Langone Hospital decided to try a different approach for hospitalized premature babies experiencing a feeding problem known as dysphagia. The doctor discovered that feeding milk directly from the fridge instead of warming it up plunged the rate of dysphagia from seventy-one percent to twenty-six percent.

How? The cold receptors in an infant’s throat stimulate a pathway that amplifies the possibility of the brain receiving the feeding signal. And the best thing about this discovery is that babies do not need cold milk in the long run. Hence, when they are ready to leave the hospital, feeding them milk directly from the mother’s breast or warming up a feeding bottle becomes entirely safe.

Their pediatric breakthrough: an application to detect anemia

If you want to (need to) keep tabs on your child’s iron level – or even your own – an application created at Children’s Healthcare of Atlanta can significantly help you dodge some blood tests. Researchers at the hospital discovered that the color of one’s fingernail could be a reliable measure of hemoglobin in people of any skin tone.

For those who do not know, hemoglobin is found in red blood cells and plays a massive role in storing iron. Next, the hospital endeavored to create a suitable algorithm for an application that could provide an accurate and reliable result simply by snapping a picture of your nails (without any nail polish, of course). The application was named “AnemoCheck Mobile” and is available for download on Google Play and the App Store. The app is available for no charge, and you can buy tests available within the app for as low as $1.

Although this application should not replace a specialist’s diagnosis of anemia or iron deficiency, it can surely help you oversee the condition. Moreover, if you or your little one takes iron supplements, the app can help you determine whether they are working or not. It can also come in quite handy during online appointments.

For every kid who needs a heart transplant to survive, several more people are on the waiting list than there are hearts from children donors to go around. The Lucile Packard Children’s Hospital Stanford in Palo Alto, California, completely modified its approach for assessing whether a donor organ will fit a kid, enabling it to find a suitable match faster.

John Dykes, a pediatric cardiologist, revealed that they could take hearts that they would have considered too big for the child patient almost five years ago after this breakthrough

But since the inception of this unique and brilliant approach, hospitals can now successfully give a heart to a child patient from a donor who may weigh three times more. 3D heart models helped make all this possible.

Knowing whether the heart from an older and bigger person fits in a kid’s chest cavity comes courtesy of the new approach to create a 3D model of each transplant patient’s heart. Next, a lab compares the model with a scan from the prospective donor and helps determine whether it would fit the kid’s chest or not.

Decades ago, researchers identified the problem as to why the traditional treatments failed, i.e., a mutation in a kind of gene that’s responsible for making part of hemoglobin (an iron-rich compound found in red blood cells helps deliver oxygen to the entire body).

Finally, after all these years, Boston Children’s Hospital has figured out how to program a kid’s stem cells to make healthy hemoglobin usually naturally produced by the fetus and in infants.

After almost 20 years of vigorous efforts of trying to provide a normal life to children with X-linked severe joined immunodeficiency (also known as Bubble Boy disease) by implanting a suitable gene copy into their stem cells, a team of brilliant doctors at St. Jude Children’s Research Hospital has finally discovered an elusive answer.

In an influential study, fifteen of sixteen patients treated at this hospital developed a working immune system within barely six months of getting genetic material with a specialized firewall against leukemia – a shattering complication found in earlier trials.

But since this breakthrough, kids with no immune system can finally fight off common diseases and even attend school or go out with their friends and family. They do catch flu and seasonal colds like the rest of children, but thanks to St. Jude Children’s Research Hospital, they now have the immune system to fight them off.

You may not know this, but there has not been any new treatment for type 1 diabetes since the first use of insulin nearly ten decades ago. That is why the doctors of UPMC Children’s Hospital of Pittsburgh are very excited regarding a patented breakthrough that could finally welcome the end of daily insulin jabs.

By using gene therapy, doctors at this exceptional clinic have figured out how to successfully reprogram cells in the pancreas to become functional and generate insulin. This noteworthy innovation is still under process but holds great promise for a better and brighter future for countless children worldwide.

That’s our list of the top nine pediatric centers in the U.S. These hospitals and countless others all over the globe work tirelessly to come up with and introduce innovative health changes that could change the entire face of how the world views pediatric care. So, let us keep praying for better things!